In 1993 the Norwegian Environment Minister called John Gummer, the UK Environment Secretary, a drittsekk – a shitbag– because of the massive impact on Scandinavian lakes and forest of acid rain caused by emissions from British power stations. In the 1980s Britain was known as ‘the Dirty Man of Europe’ because of our widespread pollution of air, land and water. We are now in danger of regaining that reputation.

It is largely thanks to 40 years of European laws on industrial pollution, water quality, nature protection and clean air that the environment we live in has improved. Sometimes the UK has been a willing participant, sometimes even a leader, but most often we have been dragged along to meet standards others in Europe take for granted. 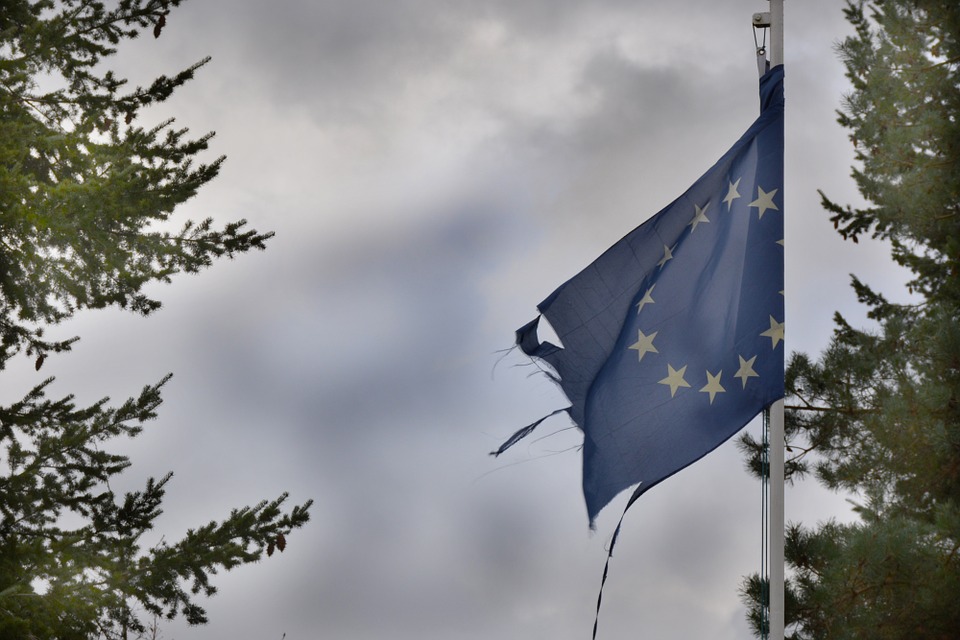 Four decades of progress at risk

All of the progress we have seen in the last four decades is at risk now that we are leaving the EU. Prominent among those promoting the Leave cause were leading climate sceptics and people who think protecting the environment is a waste of time. Much of the ‘red tape’ they told us was holding back business are the rules which stop companies trashing the environment or using dangerous chemicals in their products.

However, we are in luck on three fronts. Firstly, most EU environmental law is in the form of Directives. These are brought into effect through national laws, so all of those environmental protections continue to exist in UK and Scottish law even if we leave the EU. Secondly, most things to do with the environment are devolved to the Scottish Parliament. So when the new leadership of the Tories down south decide to have a bonfire of environmental protections because they can’t be bothered with clean air standards, don’t like road schemes being held up by protected species or think that factories should be allowed to pollute more, we can make our own choices in Scotland and keep intact the laws we already have. Thirdly, the Scottish Government wants to stay in the EU. So there is a huge incentive to keep our current laws aligned with European laws, and even bring in new legislation to match emerging Directives.

Although much is likely to be safe here, even in Scotland there will be strong pressures to do away with some EU protections. Legal action in Europe has concentrated the minds of ministers on reducing deadly urban air pollution. Farmers have been lobbying hard to use bee-killing neonicotinoid pesticides: the Scottish Government backed their case and it was only the EU which stopped them. The fishing industry has complained like mad about European fishing quotas, even though these limits are the only reason key species were not completely fished out in the last 20 years. In the exit negotiations the industry will be looking for a free-for-all deal that would see the rapid end of North Sea cod and decimate our marine environment.

A big problem for Scotland is what the UK Government will try to unravel on the environment, as there are still a number of key areas where we don’t control our destiny. The UK will no longer be part of the EU’s joint climate targets but will still be a member of the UN, so the new Government will need to come up with new climate targets as part of last year’s Paris Agreement. They will try hard to do as little as possible, which is a problem for Scotland as we maintain our strong ambitions on climate change. Their lack of ambition will be an increasing drag on our ability to deliver emissions reductions.

If the UK Government further slash the budget for the Environment Agency and spending on environmental initiatives, Scotland will feel this too in reduced budget allocations from the UK.

The UK Government controls the level of support for renewable energy schemes. Last year we saw this support slashed, leading to many schemes in Scotland being put on hold or cancelled. Without even the current weak renewable energy targets from Europe, the UK government can pretty much give up entirely on renewables if it wants – entirely out of step with almost every other country in the world.

Glimmers of hope are hard to spot but new leadership of the Conservatives may mean a change in direction of energy policy. With Cameron and Osborne out of the way, the new Prime Minister, whoever that turns out to be, might be able to admit that fracking is going nowhere and that the £20+bn Hinkley Point C nuclear plant is the worst energy investment in the history of civilisation. They would then have to conclude that spending only a fraction as much money on energy efficiency and renewable energy, for far greater gain, is a hugely more sensible plan.

Clearly we have a big fight on our hands in the next several years – to maintain the environmental protections we have in Scottish law, to keep Scotland’s environmental ambitions high and to try to minimise the UK’s backsliding on environment, nature, energy and climate change.

Thanks to the support of our members, we’ve been fighting hard in Scotland for nearly 40 years to protect our environment for everyone. We’ve been able to win important victories in tough political climates before. With your support, we can keep fighting new threats to our environment. We’ll continue to work with Friends of the Earth groups in Europe and we’ll remain part of Friends of the Earth International, the largest grassroots environmental network in the world, uniting over 2 million supporters, 75 national member groups, and some 5,000 local activist groups.

With Westminster in crisis over the fall out of the Brexit vote and the Scottish Government setting the wheels in motion for a second independence referendum, its far from clear in these early days what the constitutional context we’ll be operating in will look like in two, five or ten years. Whatever the outcome, Friends of the Earth will continue to fight for progress on the most important environmental issues of our time, and in particular that fight that knows no borders: the struggle for planetary survival in the face of a changing climate.

A shorter version of this blog appeared in The National on 30th June 2016.

*** Ask our party leaders to keep the environment at the heart of the exit talks: act.foe-scotland.org.uk/lobby/brexit-enviro

*** See our pre-vote briefing on why staying in the EU was the best option:  www.foe-scotland.org.uk/node/2166