We had a day of PEDL, CAR, PPC, MEW and other TLAs (Three Letter Acronyms).*  This was the first day of hearing sessions – parties sitting around the table having a discussion rather than individual witnesses being grilled for hours.  Good idea but it still got rather heated on occasion. 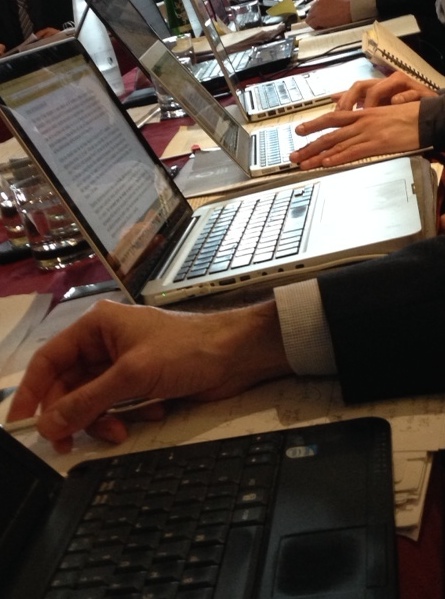 We started with PEDL – the licence from the UK Government that give Dart the rights to extract gas in 330 square km at the mouth of the Forth.  The version in front of the Inquiry turned out to be the old one, given to Dart’s predecessor.  Dart seemed unable to produce a current version.

SEPA were present today and acknowledged that current regulations are unclear and change is needed if unconventional gas operations are to be controlled properly.  They can set standards for the proposed central gas and water processing facility, but can’t be sure they can control what happens at the wellheads and along the pipelines. No current powers let them take action if methane is found leaking through the soil.  This all because commercial-scale coalbed methane is a new industry not envisaged by current rules.

We also heard about the ‘Kennet borehole incident.’  Not a Sherlock Holmes story but an object lesson in what happens if you drill too near old coal mines.