Douglas Bain, in charge of the UK for Dart spoke this morning – after 8 days this was the first time anyone got to question someone actually from Dart Energy rather than their consultants.  Mr Bain made much of the the local employment that would come from the development.  Although he admitted that much of the work would have to be tendered across Europe (you can imagine the kind of xenophobic Daily Mail headline that could be coming:  ‘Romanians/Bulgarians flood Forth Valley’).  The local drilling company he implied was just waiting to get a juicy contract doesn’t really exist, having changed name with the under-maintainence website referring all enquiries to a gentleman in France.

Adding to yesterday’s dismissal of Scottish Government aspirations for the country, Mr Bain agreed that he was unaware of any differences in energy policy between Scotland and the rest of the UK.  He only runs an energy company based in Scotland, after all.

After a lengthy discussion of who Dart Energy (Forth Valley) (the applicant and licence holder but with no employees) were in relation to Dart Energy (Europe) and other Dart Energy entities, Mr Bain then claimed to not be sophisticated enough to tell the difference between FoE Scotland and FoE England, Wales and Northern Ireland, having submitted one of our sister organisation’s documents to the Inquiry. 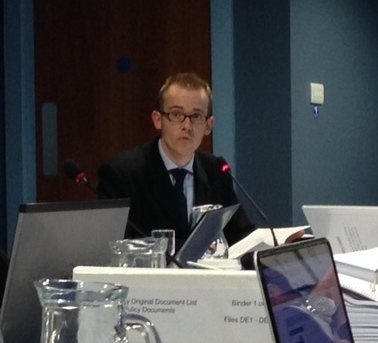 Our witness on the climate impact of coalbed methane, Dr John Broderick from the Tyndall Centre in Manchester, comprehensively demolished the argument that methane is a low-carbon fuel and put the Dart proposal in the context of the global effort to reduce climate emissions, including the need to meet and go beyond current targets in Scotland. 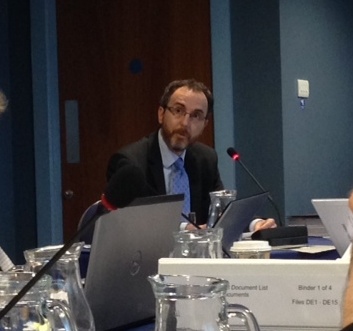 Our second witness of the day, Prof Chris Hilson, Head of the School of Law at Reading University, ably outlined the legal framework which means that climate change is a key issue for the planning system and this Inquiry.  This includes the importance of the over-riding duty on public sector bodies – including councils and the Inquiry Reporters themselves – to help deliver Scotland’s targets.  The interpretation of this duty coming out of this Inquiry has the potential to change how planning decisions are made in Scotland in future.

Dart’s QC had to have the last word of course, so he finished the day by threatening to hit Falkirk Council with an expenses order.