The other side tried to play games today, with our questioning under time pressure because we were told their air quality and climate witness had to leave by 10.  After follow up questions by the reporters and Dart’s QC he finally finished at 10:40.  With no apparent sense of irony, he then went to catch his plane … 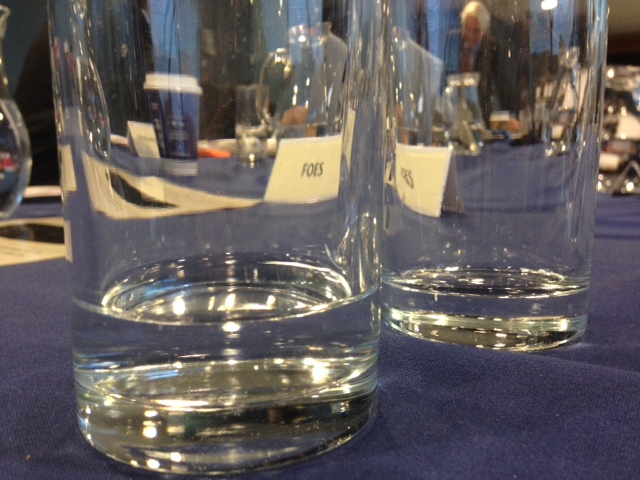 Dart’s major claim on climate change is that it’s fine to burn their gas because there are climate budgets that make sure other emissions are saved elsewhere.  Yesterday’s report from UK Committee on Climate Change showed that Scotland missed its first two targets and the 3rd target, that for 2012, will not only be missed but there is likely to be an increase rather than a reduction in emissions.  Climate targets aren’t currently looking like a reliable safeguard.

The recent IPCC report increased the factor for converting the impact of methane to carbon dioxide from 25 to 34, and the Scottish Government is taking this seriously in assessing whether we meet climate targets or not.  Inexplicably Dart’s witness did not seem to think that the climate impact of methane increasing by 40% mattered to the current application.

On air pollution, Dart’s consultants had carried out modelling to prove that there was no problem from nitrogen dioixide pollution.  However they had dismissed small and fine particles without any similar monitoring, despite having less information on existing levels, the standards being tougher to meet and the health concerns being greater.

Prof Andrew Watterson on human health impacts, followed a Dart witness who repeated said there were no problems at all.  The Professor has been looking at industrial chemicals for 35 years and cast doubt on the accuracy and independence of chemicals information.  His evidence carried on the running theme of the lack of proper information from Dart.  He was particualrly strong on there being no safe level for endocrine disrupting compounds and carcinogens.