1978 saw a number of significant happenings. The oil tanker Amoco Cadiz was wrecked off Brittany, Pluto’s moon Charon was discovered and the Space Invaders arcade game was launched. As well as these excitements, Friends of the Earth Scotland came into being, separating from Friends of the Earth UK, which had existed since 1970.

Over the last four decades staff, volunteers, local groups and activists have campaigned doggedly and creatively on a vast range of issues starting with protecting otters all the way to last year’s massive victory in getting fracking banned. 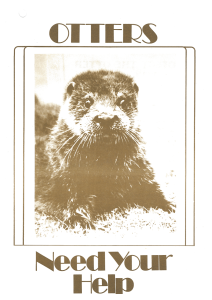 Other big successes have included stopping the Harris superquarry, fighting off the proposal for a coal-fired power station in Ayrshire, getting tough targets in the 2009 Climate Act, the forthcoming Low Emission Zones in Scottish cities and changing the law so communities have more rights to go to court.

Campaigns over the years have included air pollution, packaging, acid rain, bathing water quality, the M77 and Aberdeen Bypass, tropical timber, recycling, toxic chemicals in your home, and renewable energy, as well as our work on the climate-trashing policies of RBS.

We have also trained up generations of activists, through formal programmes and in our local groups. And made strong contributions to the campaigns of FoE International and FoE Europe.

From public inquiries to public protests, we’ve always been creative. We blockaded the French Consulate to protest nuclear testing, took barrels of radioactive waste to the Australian Consulate, dumped CFC-filled fridges on the steps of the Scottish Government, blew the top off a mountain outside the RBS AGM, held green-masked tea parties on roundabouts, planted skeletons on the Torness tour bus, planted trees on Terry Wogan’s lawn and highlighted polluting factories from Muir of Ord to Leith docks.

An anonymous caller threatened to burn down the office after we highlighted people driving one to a car in the Edinburgh rush hour while dressed as Eco-Wardens. One Chair of the Board hung off a crane to protest nuclear sponsorship of youth work. We produced the first guide to recycling facilities in Scotland and even a successful cook book. People in suits sang songs and drank oil. Penguins, polar bears, inflatable chain saws, carbon dinosaurs and giant white elephants have all put in an appearance.

Through this all the contribution of our members and supporters has been vital, from running the organisation in the early days to giving us the resources and political power to win campaigns today.

We have achieved great things but there is still plenty to do. The new Climate Bill due in May is a big opportunity to work together to make sure Scotland’s ambition and delivery are fit for the next 40 years. We’ll soon be making a ground-breaking intervention in a legal case in support of Scotland’s ban on fracking. We need to ensure that the Low Emission Zones get to grips with the air pollution crisis and help speed the transition to public transport, walking and cycling.

This year, we have set ourselves an ambitious goal of recruiting 100 new members to help us win these campaigns and more. Will you be one of the 100? Sign up now and we’ll send you a special anniversary membership pack.

Read more about our successes throughout the decade